“I believe that everything happens for a reason. People change so that you can learn to let go, things go wrong so that you appreciate them when they’re right, you believe lies so you eventually learn to trust no one but yourself, & sometimes good things fall apart so better things can fall together”
Posted by Luminita at 10:24 PM 2 comments: 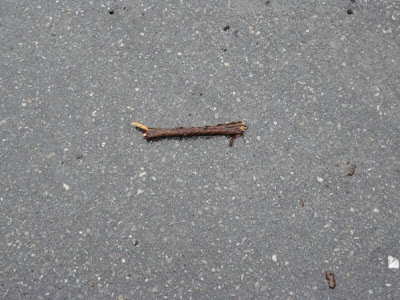 "Si c’est ici le meilleur des mondes possibles, que sont donc les autres?"
Candide, by Voltaire
photo source: Ghadeer'ovich :)
Posted by Luminita at 2:59 PM No comments:
I don’t believe in the cookie cutter. But some of them do. And this is who they are and this is who I am.
... and if they didn’t make it to the core, it’s ok, they’re not disqualified. They made it to the shell and sometimes, that's even more important than the core itself. It’s where the boundaries are established; it’s where the fight takes place, and where reactions happen.
...and that's what life is about.
At the end of the day, we’re all puppets with broken hearts.
Posted by Luminita at 2:44 PM No comments:

"If you're already walking on thin ice, why not dance?"

I knew I can't tell him how to eat his chips, but hey, a bit of cooperation, por favor, so we can make it through the night. Anyhow, no band-aid needed anymore. Now I am cured... Maybe I am reasonably happy too.
But it's so much dullness around... and patterns wear me out. Ah! can't we die temporarily? I bet my life will be more interesting.
[sigh] Until then... I will be mine.
Posted by Luminita at 1:06 PM 2 comments:

I should get my driving license so I can listen to Bruce Springsteen's new album while driving on my way back from work.
It's in the Wishlist for this Christmas.
Posted by Luminita at 11:48 AM 2 comments:

Someone told me long ago there's a calm before the storm
I know; its been comin' for some time
When it's over, so they say, it'll rain a sunny day,
I know; shinin' down like water.

Yesterday, and days before, sun is cold and rain is hard
I know; been that way for all my time
'til forever, on it goes through the circle, fast and slow
I know; it can't stop, I wonder.

"Have You Ever Seen The Rain?" by Creedence Clearwater Revival

In that after-storm commemoration of silence… the things that ever really mattered will be rising still… among all the ruins, the flesh and blood.

Shall I tell that you were right about my egomaniac way of being and my many to come spasmodic nights?
Posted by Luminita at 11:20 PM No comments:

“What they don’t understand about birthdays and what they never tell you is that when you’re eleven, you’re also ten, and nine, and eight, and seven, and six, and five, and four, and three, and two, and one. And when you wake up on your eleventh birthday you expect to feel eleven, but you don’t. You open your eyes and everything’s just like yesterday, only it’s today. And you don’t feel eleven at all. You feel like you’re still ten. And you are—underneath the year that makes you eleven.
Like some days you might say something stupid, and that’s the part of you that’s still ten. Or maybe some days you might need to sit on your mama’s lap because you’re scared, and that’s the part of you that’s five. And maybe one day when you’re all grown up maybe you will need to cry like if you’re three, and that’s okay.
That’s what I tell Mama when she’s sad and needs to cry. Maybe she’s feeling three.Because the way you grow old is kind of like an onion or like the rings inside a tree trunk or like my little wooden dolls that fit one inside the other, each year inside the next one. That’s how being eleven years old is.”
Sandra Cisneros, Eleven
Note to Self: Since When 15 is Wrong?
Posted by Luminita at 1:25 PM 1 comment:

After 1 Week Spent at Home

“There was a time when the world was enormous, spanning the vast, almost infinite boundaries of your neighborhood – the place where you grew up, where you didn’t think twice about playing on someone else’s lawn … and the street was your territory that occasionally got invaded by a passing car. It was where you didn’t get called home until after it was dark. And all the people, and all the houses that surrounded you were as familiar as the things in your own room. And you knew they would never change.”
Daniel Stern, The Wonder Years
Posted by Luminita at 12:54 PM No comments:

.... you can’t control when you lose your mind.... the only thing you can do is to trust me.... that in those moments... I will be able to hold your heart... till the storm will pass away...
Posted by Luminita at 9:54 AM No comments:
Older Posts Home
Subscribe to: Posts (Atom)

Luminita
"It's true that those we met can change us, sometimes so profoundly that we are not the same afterwards." Y.M.

See For Yourself, But Mostly It's About...

- There is no writing style or method and I’m not aiming to finding one;

- It’s an informal shrift or maybe an unidentified type of escapism;

- There are no time frame or particular topics that I follow;